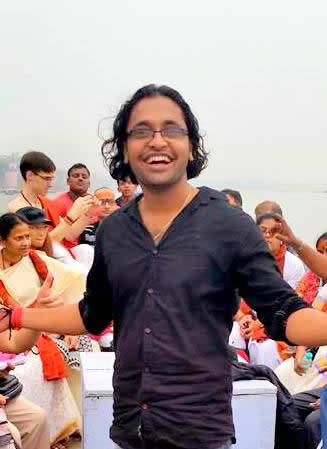 Welcome to official website of Varanasi Ganga Tour - Day Tours Varanasi. Mr. Gaurav Khanna is the Founder of VGT - Day Tour. Varanasi also Known as Banarsi and Kashi is a Holy city situated in the Narthan Indian state of Uttar Pradesh on the Banks of the River Ganges (Ganga). It is regarded as the oldest continuously inhabitedCity as well as the most ancient city in the worlds. The land of Varanasi has been the Paramount Pilgrimage spot of Hindus since many years. The culture of Varanasi is closely related with the River Ganges and it’s religious importance. The River is believed to have the power to wash away the sine of human beings. Varanasi has been a symbol of Devotion, Knowledge, Philosophy , Culture Indian arts and crafts for centuries. These beautiful lines said by mark Twain says it all . “ Banarsi is oldest than History , oldest than Tradition , oldes ever than legend , and looks twice as old as all of them put together “

Come, let’s take you to an odyssey of the Spiritual Capital of India…..

" We heartily welcomes you in the city of Spirituality & Love "

All the Reviews are taken from TripAdvisor & Social Media.

Gaurav made this tour. Varanasi is such an interesting and varied place. There is beauty and ugliness. Gaurav shows you all to get a real feel for the place. His explanations and history provide you with a better impression than is you just wandered alone with a guidebook.

An excellent guide to Varanasi

My favourite part of Gaurav's guide was the introduction to the many ghats along the river. I learnt many things about the history and activities that were happening at each one. I think that in a city like Varanasi, Particularly, one as friendly and helpful as Gaurav.

Great Guide of the Ganga

I had a great time over the 5 days I spent in Varanasi. Gaurav was an expert guide to Varanasi and the holy river. He had a lot to say about the history of the city and giving insight to different land marks along the river.

I book the walking tour on varanasi ganga tour and we meet gaurav and he show us all the ancient part of varanasi and his English was so perfect....I highly recommended this tour company..and thanks gaurav we will meet again...

You can also get in touch with us on Social Media